Sorry things have been so quite lately here on the blog.  I've been super busy with reading for the Cybils.  This year 119 books were nominated in Elementary/Middle Grade Speculative Fiction and I've been making my way through the list.  Unfortunately, this has left me with little time to post reviews.  But, I'm always looking out for what books are coming on the horizon and making sure that I add them to my ever increasing Goodreads list!  Here's a few I found releasing in 2022 (Blurbs are from Goodreads). 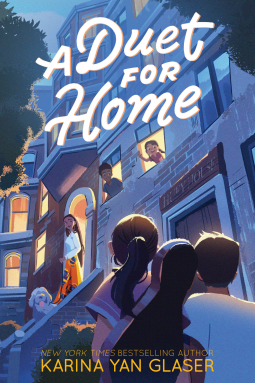 It's June’s first day at Huey House, and as if losing her home weren’t enough, she also can’t bring her cherished viola inside. Before the accident last year, her dad saved tip money for a year to buy her viola, and she’s not about to give it up now. Tyrell has been at Huey House for three years and gives June a glimpse of the good things about living there: friendship, hot meals, and a classical musician next door. Can he and June work together to oppose the government, or will families be forced out of Huey House before they are ready? 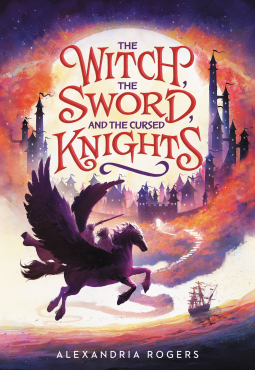 Twelve-year-old Ellie can’t help that she’s a witch, the most hated member of society. Determined to prove her worth and eschew her heritage, Ellie applies to the Fairy Godmother Academy—her golden ticket to societal acceptance. But Ellie’s dreams are squashed when she receives the dreaded draft letter to serve as a knight of King Arthur’s legendary Round Table. She can get out of the draft—but only if she saves a lost cause.    Enter Caedmon, a boy from Wisconsin struggling with the death of his best friend. He first dismisses the draft as ridiculous; magic can’t possibly exist. But when Merlin’s ancient magic foretells his family’s death if he doesn’t follow through, he travels to the knights’ castle, where he learns of a wicked curse leeching the knights of their power.  To break the curse, Ellie and Caedmon must pass a series of deathly trials and reforge the lost, shattered sword of Excalibur. And unless Ellie accepts her witch magic and Caedmon rises to become the knight he’s meant to be, they will both fail—and the world will fall to the same darkness that brought King Arthur and Camelot to ruin. 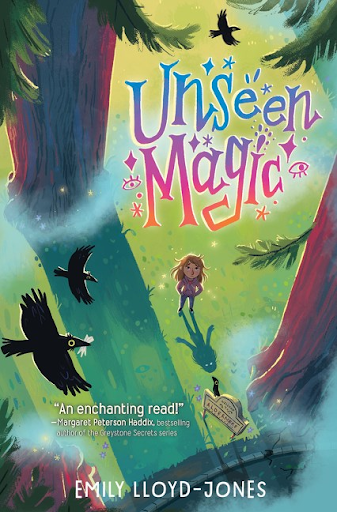 Aldermere is a town with its own set of rules: there’s a tea shop that vanishes if you try to force your way in, crows that must be fed or they’ll go through your trash, and a bridge that has a toll that no one knows the cost of. Some say         that there may even be bigfoots wandering through the woods.  For Fin, Aldermere is her new home. But she’s worried that she’ll do something to mess it up—that she was the reason she and her mother have constantly moved from place to place for so long. When an upcoming presentation at her school’s science fair gives her increasing anxiety, Fin turns to magic to ease her fears. The cost is a memory, but there are things from her past Fin doesn’t mind forgetting. This will be the last time she relies on magic anyway, she's sure.   Except things don’t go exactly as planned. And instead of easing her anxiety, Fin accidentally unleashes an evil doppelganger. Suddenly Aldermere is overrun with unusual occurrences—and Fin is the only one who knows why. She will have to face her fears—literally—to stop it. 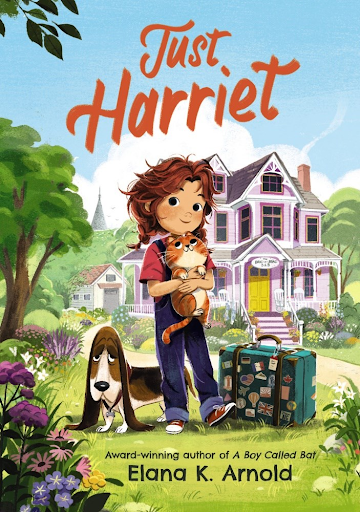 There are a few things you should know about Harriet Wermer:  She just finished third grade. She has a perfect cat named Matzo Ball. She doesn't always tell the truth. She is very happy to be spending summer vacation away from home and her mom and dad and all the wonderful things she had been planning all year.  Okay, maybe that last one isn't entirely the truth.  Of course, there's nothing Harriet doesn't like about Marble Island, the small island off the coast of California where her nanu runs a cozy little bed and breakfast. And nobody doesn't love Moneypenny, Nanu's old basset hound. But Harriet doesn't like the fact that Dad made this decision without even asking her.  When Harriet arrives on Marble Island, however, she discovers that it's full of surprises, and even a mystery. One that seems to involve her Dad, back when he was a young boy living on Marble Island. One that Harriet is absolutely going to solve. And that's the truth. 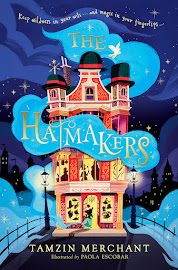 Cordelia comes from a long line of magical milliners, who weave alchemy and enchantment into every hat. In Cordelia's world, Making - crafting items such as hats, cloaks, watches, boots and gloves from magical ingredients - is a rare and ancient skill, and only a few special Maker families remain.When Cordelia's father Prospero and his ship, the Jolly Bonnet, are lost at sea during a mission to collect hat ingredients, Cordelia is determined to find him. But Uncle Tiberius and Aunt Ariadne have no time to help the littlest Hatmaker, for an ancient rivalry between the Maker families is threatening to surface. Worse, someone seems to be using Maker magic to start a war.It's up to Cordelia to find out who, and why . . .
Let me know if there are books on your list that I should be adding!!!  Happy Reading.  Brenda