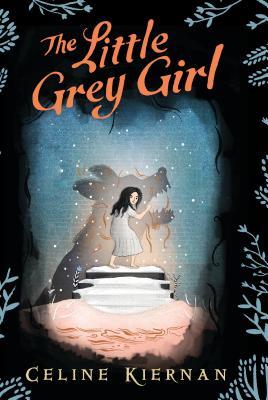 Opening Lines: "The old queen was not dead.  That much was certain."

Begone the Raggedy Witches is the first book in The Wild Magic Trilogy by Irish author Celine Kiernan and The Litle Grey Girl continues the trilogy.

After having successfully defeated her mother causing her to flee Witches Borough with some of her raggedy witches, Mam moves Mup, her Dad and Tipper to her mother's now vacant castle within the Glittering Land.  Since the queen's departure there continues to be significant unrest in the kingdom and the queen's subjects have grown untrusting of Mup's mother.  Many fear that the queen is lurking somewhere nearby plotting her revenge and feel that Mam won't be able to protect them.  Even the remaining raggedy witches who helped in the battle to defeat the queen are starting to doubt whether they picked the right side.  Despite all of this, Mup's mam had no initial plans to take over as the new queen but is forced into the role by Fi'rinne, a clan leader.  While Mup's mam is busy trying to bring order to the kingdom, Mup spends time with her younger brother Tipper, and her best friend Crow, a young boy who can transform into a raven.  It is on their first day in the castle that Mup witnesses a little girl clad in grey clothing near the dungeon that she was once held captive in not too long ago, and also meets Doctor Emberly, one of the remaining ghosts in her grandmother's castle.  Things take a dramatic turn when snow suddenly begins to fall cutting the castle off from the rest of the kingdom and a deep sadness begins to grip its inhabitants.  Who or what has taken hold within the castle?  Has the queen put a curse on them?

The Little Grey Girl is a heartwarming story that weaves in the ideas of speaking up for change and the importance of letting go of fear so change can be possible.   Overcoming oppression is another dominant theme, illustrated by Mam's actions in trying to release the kingdom from her mother's tyrannical reign.  She works hard to help them to realize that they no longer need to live in fear.  That together, united they're strong enough to combat anything that the queen might have planned.  She doesn't want to be their queen and have them fear or bow down to her, she wants them to voice their opinions.

I quite liked Mup, she appears to be a gentle soul who cares deeply about protecting her family and vows that nothing will hurt them again.  Mup and her best friend, Crow struggle over good versus evil, and whether evil deeds should be punished, sometimes this causes a rift between them.  When Mup has a moment where she feels sorry for Naomi, a raggedy witch in the castle, Crow begins to distance himself from her.  His anger stems from the witches having killed his father and he doesn't trust Naomi's motives.  In his eyes, no good can come from helping them.  The witches had performed evil deeds and he feels they should be punished.  It's easy to sympathize with Crow's feelings yet also be sad when he gets angry at Mup.  I believe that Crow is scared that Mup is becoming a witch and it worries him.

Beneath all of this, there's also an underlying eerieness to the story when the darkness and sadness appear in the castle, especially when messages and drawings are scrawled on the wall and the castle's subjects are filled with sorrow, wracked with bouts of uncontrollable tears.   The tension builds as Mup and Crow fear this presence, or when the grey girl takes on the shape of a dark twisty character, angry over the pains of the past and bent on vengeance.  They're desperately trying to find the means to appease her anger, to right the wrongs that were done in the past.  I quite enjoyed how Kiernan chose to resolve the story.  The Little Grey Girl does present some weighty subjects, but there is also a nice balance of humor and moments that allow  Mup and Crow's friendship and devotion to each other shine.  Looking forward to the final book in the trilogy to see what happens next.

Favorite lines from the ARC: