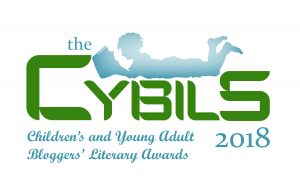 I know it's been a while since my last post, so I decided that I would take a little pause from all my reading to participate in the Armchair #CybilsShortlist.  What is that you ask?  It's a little contest to predict the finalist's list for a single category for the Cybils Award.  So, even though I'm a round one panelist for Elementary/Middle-Grade Speculative Fiction, I can still participate by picking one of the other categories.  Then I just need to generate a list of five-seven books that I think/hope will be on the shortlist for that category, and then just tag it to Twitter.  Easy peasy.  I hope you'll consider giving it a shot.  I'd really like to see your guess, especially for my category!  So head on over to www.Cybils.com to view the rules, list of categories and links to all the books that were nominated.

On to my guesses for Middle-Grade Fiction:

Escape from Aleppo by N.H. Senzai

Front Desk by Kelly Yang  *Had to pick this one cause I nominated it!*

Lions and Liars by Kate Beasley

The Orphan Band of Springdale by Anne Nesbet 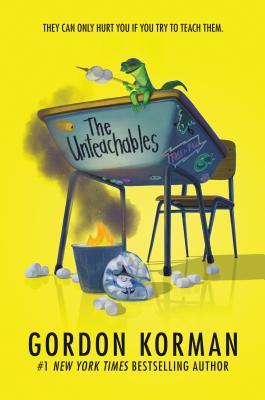 Like Ms. Bixby's Last Day, the story is told in the alternating perspectives of the students from room 117 and Mr. Kermit.  Minus chapters from Elaine or Rahim.  I really liked this style,  Korman gives each character a distinctive personality and well thought out backstory.  Each chapter provides more information about how the kids relate to one another and with their teacher.  There's even a chapter from the perspective of the school principal and Jake Terranova (Mr. Kermit's former student involved in the cheating scandal).  It's humorous, heartwarming and makes me nostalgic for 80's movies.  A truly entertaining story that I can't wait to purchase when it's released in January.
Posted by Brenda at 11:51 AM 4 comments: