YA Fantasy review of Last Things by Jacqueline West 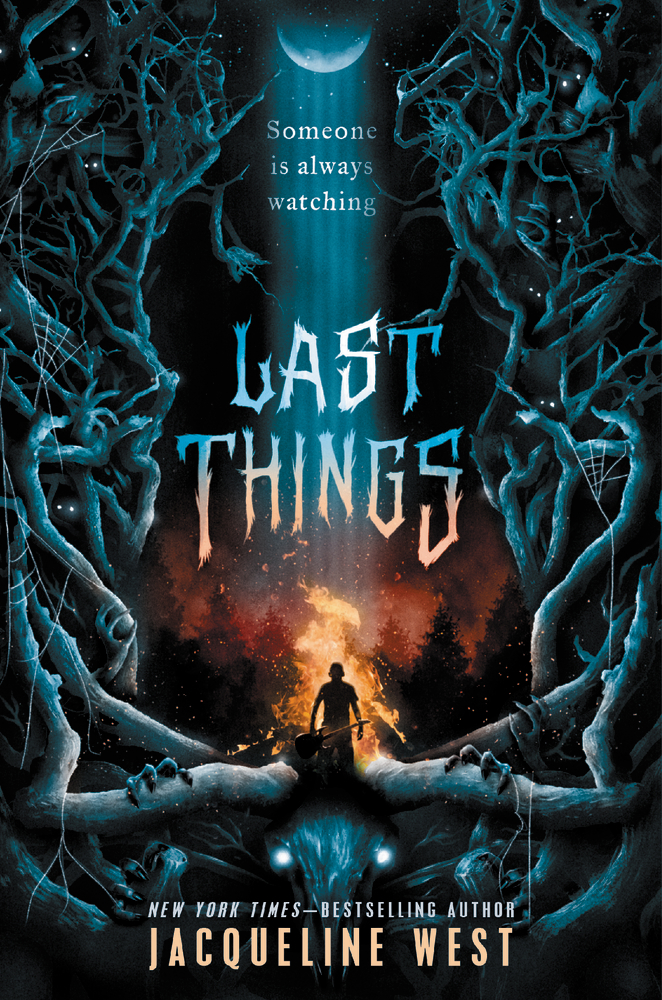 Anders Thorson is the lead singer, songwriter and guitarist for the Last Things, a metal band that performs at the Crow's Nest coffeehouse on Friday nights.  To the small town in Minnesota, they're legendary and destined for great things.  At school,  Anders is a bit of a dork, the quiet guy that no one notices.  He's insecure, self-deprecating and doesn't truly feel worthy when people praise his talents,  and certainly never deserving of such notoriety.  Frankie is his sort of girlfriend, but he doesn't think he's worthy of her admiration either.  She's probably just hanging out with him because of the music.  Yet when Anders takes the stage, his skills shine.  He plays and sings with passion, intensity, and such lightning-fast speed that it sets him apart from anyone else in the band.  He's consumed by the songs that come to him in flashes of full-page lyrics that he instantly must jot down.  He lives and breathes his music.

Thea Malcolm is new to town and likes being on the periphery of all the action.  She quietly sips her cafe' au lait and watches Anders, Jezz and Patrick perform pretty much unnoticed.  She's drawn to Anders, always watching him perform, hanging around while he's packing up after the show, even following him home and staying until he turns out the light.  Not once has she approached him, telling herself she's here to protect him.  Everyone in Anders orbit calls her his stalker, but Anders has hardly noticed her at all.  Then one day Thea approaches Anders and tries to give him a warning that he's in danger.  Anders is initially suspicious even doubtful, he thinks she's just trying to scare him.  Yet, Thea knows things, details from his past that no one should know.  She knows about what happened to him two years ago in the woods, how it might've been the catalyst for his talents.  She even seems to know something about Frankie's disappearance.  Can he trust her?  Should he believe her?

Last Things alternates between chapters of Thea and Anders, slowly revealing the main plot, always with a hint of mystery and suspense.    There's an overall eerieness that I thoroughly enjoyed.   The woods almost take on a life of their own, they have an ominous, dark, mysterious even dangerous quality to them.  They contain a darkness that is watching, lurking, preying on peoples strongest desires and insecurities.  Couple that with Thea's almost obsessive fascination with Anders and her earliest descriptions of watching him perform at the Crow's Nest, it gives the story a whole creepy, stalkerish vibe.    Is she a love-struck fan or does she have other motives?

Growing up I had a place that was like the Crow's Nest.  Mine wasn't a coffeehouse but was an 80's bar that had live music.  It's the place I saw my first concert with my friends, where The Outfield performed.  West creates this beautiful atmosphere within the coffeehouse.   She captures the perspectives of both the performer and the audience.  It's exhilarating to read about Anders on stage performing his sets, the way he strums his guitar and how the intensity of the music moves the audience.  The poetic quality of the lyrics he sings and the emotions that arise in those listening.  West even includes the entire song lyrics into the story, my favorite is "Devils Due."   I'd describe this book as a mix of  Stranger Things meets the movie Crossroads starring Ralph Macchio.  In fact, in one of her interviews, she says that she drew inspiration from the legendary blues musician Robert Johnson who reportedly sold his soul to the devil.  Overall, I quite enjoyed this dark twisty story with an emphasis on metal music and questionable musical talents.

Favorite line:  "Darkness takes whatever space it's given."
Posted by Brenda at 3:15 PM