MG Historical Fiction review of Zora & Me: The Summoner by Victoria Bond 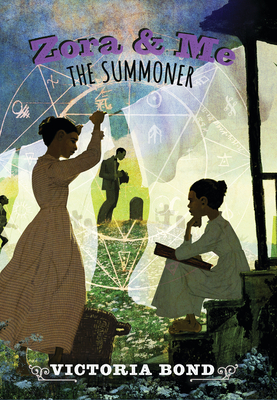 Zora & Me:  The Summoner by Victoria Bond
Format:  E-ARC

Opening Line:  "Mama's employers, the Brays, had gone on Summer vacation to the South Carolina shore."

From Goodreads:  "For Carrie and her best friend, Zora, Eatonville--America's first incorporated Black township--has been an idyllic place to live out their childhoods. But when a lynch mob crosses the town's border to pursue a fugitive and a grave robbery resuscitates the ugly sins of the past, the safe ground beneath them seems to shift. Not only has Zora's own father--the showboating preacher John Hurston--decided to run against the town's trusted mayor, but there are other unsettling things afoot, including a heartbreaking family loss, a friend's sudden illness, and the suggestion of voodoo and zombie-ism in the air, which a curious and grieving Zora becomes all too willing to entertain."


Zora & Me:  The Summoner is the final book in the Zora & Me trilogy which is set in the summer of 1905 and is the historical fictionalized account of author Zora Neale Hurston's early childhood as narrated by her best friend Carrie.  The setting of Eatonville, Florida brings the historical significance of not only being the home of Zora Hurston, but was also the first black incorporated municipality in the U.S.  What I enjoyed about the setting was its community atmosphere,  where neighbors help neighbors, and day to day life revolved around work, chores, school work, visits to church, the post office, and how Joe Clarke's store was at the heart of the town.

The story begins with an impactful moment, the tragic death of Terrace Side, and the resultant trauma of how his lynching affected the entire town.  From the moment that the town is invaded by a lynch mob in the middle of the night, to the pounding on doors, intimidation of the town people, to the instilling of fear in the residents of Eatonville.  It's a chilling moment that brings insight into a dark historical period from the past.   Moments that not even Mr. Chester Cools, one of the residents of Eatonville is able to escape from.  Moments that trigger memories of past events from Mr. Cools own life and contribute to his own subsequent death.

Following Mr. Cools' death, Zora and Carrie try to visit his gravesite to pay their respects,  only to discover that graverobbers have stolen his body.  Zora begins to speculate whether Mr. Cools has become a zombie because just prior to his death, Zora and Carrie had a run-in with him where he proclaimed he was already dead.  Or was the body-snatching the work of Summonoer's, necromancy, Hoodoo, alchemy, or that of thieves who may have sold his body to a medical school for their anatomy dissections?   Either way, Carrie and Zora were determined to unravel the mystery and get at the truth.  I quite liked Zora, she's strong-minded, has no plans to marry, and be like the girls around her who don't get to fulfill their dreams.  At fourteen, soon to graduate at the end of eighth grade, she's forced to grow up so quickly.  It's hard to imagine any child at this age transitioning from childhood to adulthood.  I admire Zora's firm belief in making things happen for herself.  Carrie and Teddy are my next two favorite characters.  They both are level headed, have a calming demeanor, and possess this inner strength.  I so enjoy the relationship these friends share.  The Summoner rounds out the story of Zora Hurston's life and is a powerful story.  I especially love the idea from the story that the elderly are "caretakers of the past." 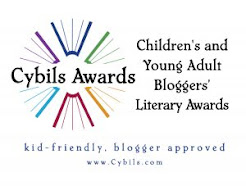